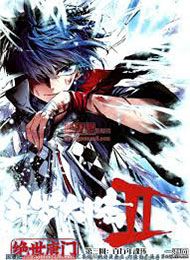 Important! Combat Continent's Sequel (Don't need to read CC before reading this) But there might be spoilers!!! A land with out magic, dou-qi, martial arts, but have essence spirits. This is the combat continent 10 000 years after the formation of Tang Sect. A new hero and his friend walks the land, a new "Seven Monsters of Shriek", will they keep up the name of the Tang Sect? Or will it crumble due to a new essence system? Related Series Douluo Dalu (Prequel)
Show All
Lastest Chapters